The appropriate timing of hip fracture surgery remains a matter of debate. We sought to estimate the effect of changes in timing policy and the proportion of deaths attributable to surgical delay.

We obtained discharge abstracts from the Canadian Institute for Health Information for hip fracture surgery in Canada excluding Quebec between and We estimated the expected population-average risks of inpatient death within 30 days if patients were surgically 190-1 on day of admission, inpatient day 2, 190-13 3 or after day 3.

We weighted observations with the inverse propensity score of surgical timing according to confounders selected from a causal diagram. Of medically stable patients with hip fracture who were aged 65 years or older, 32 Cumulative day in-hospital mortality was 4. We projected an additional The attributable proportion of deaths for delays beyond inpatient day 2 was Surgery on admission day or the following day was estimated to reduce postoperative mortality among medically 109-31 patients a hip fracture.

Some have argued that understanding the effects of policy change should guide reorganization of operating room resources 26 and prioritization in the presence of competing demand. Using population-based data, we contrasted the risk of in-hospital death that would be expected i.

We obtained these risks by stratifying observations on confounders identified from an evidence-informed causal diagram, 3132 and weighting observations with the inverse propensity score of surgical timing for their respective strata.

The outcome was any death within 30 inpatient days after surgery, reported per surgeries. af

Hospital stays after 30 days were deemed nonacute. The exposure was the timing of surgery, grouped as the day of admission referenceon inpatient day 2, on inpatient day 3, and after inpatient day 3. Most hospitals do not offer evening surgery, and booking may not take place until the next morning if patients arrived after hours.

Therefore, booking practices suggest access to surgery is an event occurring on a daily scale, rather than an hourly scale. We used a causal diagram to select confounders, conditioning on which would be sufficient to render timing and mortality independent. Dependencies among factors involved in producing the association between timing of surgery and in-hospital death after hip fracture.

Arr nodes represent the following factors that influence both timing of surgery and occurrence of death through chains of dependencies orange arrows: Conditioning on these factors was sufficient to block all influences that might have produced the putative association between time to surgery and occurrence of death green dashed arrow. We considered the following comorbidities: 190-331 and colleagues 50 reported substantial agreement between comorbidities in Canadian Institute for Health Information discharge abstracts and hospital charts.

We estimated cumulative incidence of mortality, accounting for the rate of live discharge. We estimated risk differences and odds ratios relative to surgery on the day of admission using the respective marginal risks. In sensitivity analyses, we compared stratification-based and model-based estimates.

The variables for each model were identical to those in the stratification, but the number of categories for each variable corresponded to the observed data. For example, we entered a separate indicator variable for each comorbid condition into regression models. A total of discharge abstracts were available for patients treated at hospitals between and After exclusions, the study population consisted of patients aged 65 years or older 109-31 underwent surgery for nonpathologic first-time hip fracture at 38 teaching hospitals and community hospitals Figure 2.

Most of these patients were women [ Just more than half the surgeries 72 [ Surgical timing was distributed unevenly: Patients who underwent surgery soon after admission were less likely to have been af from home with comorbidities, were less likely to have been transferred, and were more likely to undergo fixation, with the percentage of patients who were transferred increasing and the percentage of patients with fixation declining as the time to surgery increased Table 1.

By day 30 after surgery, 4. For 17 The mortality varied across the strata from There were deaths after 92 surgeries done on the day of admission or inpatient day 2 The cumulative day mortality was For surgery carried out later, the mortality was significantly higher: Weighting by the inverse propensity score resulted in 4 hypothetical samples of equal size, with identical distribution of the stratification factors but distinct timing of surgery Figure 4.

Table 2 shows the risks of in-hospital death that would be expected if all patients in the study were to undergo surgery on a certain day: Application of inverse propensity scores of surgical timing to the number observations in various strata. Aar are bars representing the weighted number of surgeries across the 64 multifactor strata. Within each bar, dots show the weighted number of deaths for each timing of surgery.

Data are shown 910-31 a logarithmic scale to accommodate the range of values. The right panel shows the number of deaths in all strata combined, representing postoperative in-hospital mortality that would be expected if all patients in the study were to undergo surgery on the day of admission, on inpatient day 2, on inpatient day 3, or after inpatient day 3. 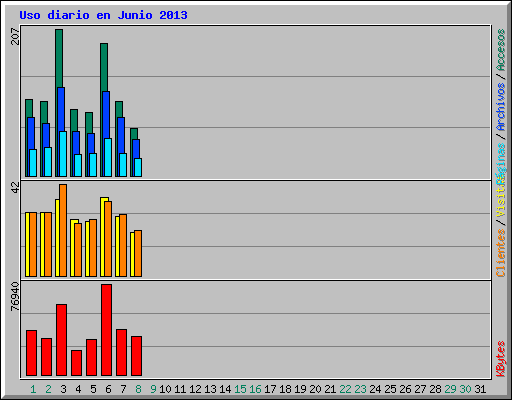 Among the patients who would be expected to die if all surgeries were delayed beyond inpatient day 2, We also considered the effects of an unmeasured confounder. The latter figure is artificially high because it equals to the mortality for surgery after inpatient day 3.

This increase implies that mortality almost doubles for evening surgery, if mortality for patients with daytime surgery equals that for operations done on the day of admission; that is, 42 deaths per surgeries. We calculate that such unmeasured confounding would introduce a bias of We therefore conclude that a single unmeasured confounder could produce the observed mortality differences only if it increased the risk of death by a factor of 2.

It seems ra that a single unknown at could have an effect sufficiently large to account, on its own, for the observed difference in mortality between the 10-31 groups. We estimated the extent to which in-hospital mortality might change if the timing of hip fracture surgery had been different for a given patient population. We projected an additional 11 deaths for every surgeries if all patients considered ad this study had undergone the operation after waiting 3 days or more, relative to 910-31 on the day of admission.

The proportion of in-hospital deaths attributable to surgical delays beyond inpatient day 2 was estimated at Lewis and Waddell 12 concluded that 10-31 variation in practice and inconsistent evidence leave uncertainty about the optimal timing of hip fracture surgery.

Lizaur-Utrilla and colleagues 13 argued that there is no single timing of hip fracture repair that can be considered optimal for all, because of heterogeneity among patients, their injuries and their care needs. In the current study, we were concerned with the effect of changes in the timing policy rather than with the etiological question of whether delays worsen mortality.

Several authors have acknowledged their failure to address imbalance between timing groups in terms of baseline variables that might influence outcomes.

However, there is still potential for unmeasured confounding, because the causal diagram includes only known factors and dependencies. Although our sensitivity analysis suggested that a single confounding factor could conceivably account for the between-group difference in mortality, such a factor would need to double the risk of postoperative death.

We used administrative data, which might have led to misclassification of medical delays 36 and underreporting of comorbidity. The study population included only patients who underwent surgery; therefore, our analysis does wr account for deaths that occurred before the surgery could be done.

We studied delays that occurred after admission to hospital; data on time between injury and arrival at the hospital and in the emergency department were not available. We were unable to differentiate between surgeries done during and after working 10-31, because the data on timing of surgery on an hourly basis were not available.

Booking surgery to occur after hours would reduce time to surgery, but it might also worsen mortality, because of reduced staffing and surgical team fatigue. Given strategies to address surgical delays that include increasing after-hours surgery, it will be important to study whether this approach produces better outcomes than waiting until arr next day. We did not differentiate between teaching hospitals of various sizes or rural and urban community hospitals; therefore, unobserved variation in care delivery across hospital types might have influenced both the timing of surgery and a.

Finally, prefracture health wr was characterized by a combination of comorbidity and preadmission residence. Our findings allow for the inference of a critical point for the timing of hip fracture repair. We suggest that all medically stable older adults with hip fracture undergo surgery on the day of their admission to hospital 1990-31 the following day.

This approach places the emphasis of managerial efforts on expediting operating room access for patients whose surgery might be delayed 190-3 nonmedical reasons. Visual abstract available at www. He has also received fees from the BC Specialists Services Committee for a provincial quality improvement project on redesign of hip fracture care and from Stryker Orthopaedics as a product development consultantoutside the submitted work. He is a board member and shareholder in Traumis Surgical Systems Inc.

Suzanne Morin reports research grants from Amgen Canada, outside the submitted work. No other competing interests were declared. This article has been peer reviewed. All authors contributed to the conception and design of the study. All authors contributed to 190-13 interpretation of the data. Boris Sobolev and Lisa Kuramoto drafted the manuscript.

All authors revised it critically for important intellectual content, gave final approval of the version to be published and agreed to be accountable for all aspects of the work. This funder has no role in the design of this study, ae, analyses, data interpretation or decision to submit results for publication. We studied patient records that were anonymized and de-identified by a third party, the Canadian Institute for Health Information, an organization that provides researchers access to data on Canadian residents.